Skip to Content Jump to Main Navigation Skip to Search

Unit of Technologies of Fuels

You Are Here: CFC – CarbonFibreCycle

Carbon fibers (CF) and carbon fiber reinforced plastics (CFRP) are established as high-end materials in technologies such as aerospace, wind energy and the automotive industry. For some years now, CF and CFRP have also been increasingly being used in everyday life as consumer goods in the form of lifestyle and sports articles. The global demand for CFRP in 2017 was approx. 114,000 t with average annual growth rates of approx. 12 %.

For CF processing into semi-finished products and eventually CFRP components, a large number of manufacturing and assembly techniques exist. During mechanical processing, the workpiece can be given its final shape by grinding or milling, for example. At the moment end-of-life CF are mostly disposed of and only partially recycled using pyrolytic processes. In these process chains, mechanical comminution often has to be carried out, whereby the available fiber length, which is an important quality feature of recycled carbon fibers (rCF), decreases. For high performance applications, only CFRP based on continuous fibers is generally used, as only these meet the high requirements such as stiffness and strength.

From completed and ongoing research projects, such as UFOPLAN CFK, it is known that in the applied thermal processes for disposal no complete degradation of the matrix and fibres by conversion takes place, since temperatures and residence times are not sufficient. In addition, it should be noted that the physical and chemical properties of rCF can change in the event of incomplete turnover in thermal processes. The fracture behaviour of CF and the formation of fibre fragments may be influenced by this. This can lead to the release of respirable, biostable dusts and thus raise the question of the extent to which the fine dusts emitted have an impact on humans and the environment.

Furthermore, there are indications that such dusts are released during mechanical processing during the production of CFRP components. Due to the increasing use of CFRP and in view of the toxic potential of respirable biostable dusts, the aim of the overall project is to identify realistic release scenarios of respirable dusts. The scenarios of mechanical processing and thermal treatment of CFRP are investigated and lead to a toxicological assessment of the exposure.

The aim of the TEER subproject is to identify release scenarios for respirable dusts over the entire life cycle. To this end, research is carried out into exposure during the production, processing, recycling and disposal of CF/CFRP, as well as comparison with practical experience from industry. In addition, release scenarios for thermal processes with non-oxygen and low-oxygen atmospheres (e.g. pyrolysis processes during recycling) are investigated. This is done on the basis of experimental investigations in a thermobalance.

Once the release scenarios have been identified, a risk assessment will be carried out together with the overall consortium and coordinated by the Karlsruhe Research Centre (KIT), the Institutes of Technical Chemistry (ITC), Toxicology and Genetics (ITG), Applied Biosciences (IAB) and the partners Vitrocell Systems GmbH, Palas GmbH and the Institute for Composite Materials GmbH (IVW). Recommendations will then be derived for the safe handling of CF/CFRP.

The presented project Carbon Fiber Cycle is funded by the Federal Ministry of Education and Research under the number 03XP0195D. 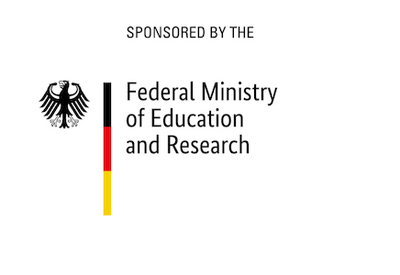